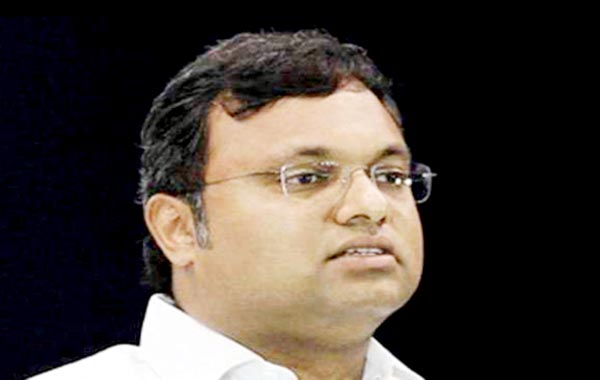 New Delhi, The Enforcement Directorate has attached assets and bank deposits worth Rs 54 crore of former Minister P Chidambaram's son Karti Chidambaram with reference to the INX Media case that include properties in country's different states and two other countries abroad. Total of six of his properties have been attached that are located in United Kingdon , Spain, Tamil Nadu , Delhi's Jor Bagh, as per ED. Reacting to ED's move, Karti commented stating that the action was not based on facts and will not stand judicial scrutiny. 'A bizarre and outlandish 'Provisional Attachment Order' which is not based on law or facts but on crazy conjectures. This is meant only to grab ”headlines”. The ”order” will not withstand judicial scrutiny, review or appeal. Will approach the appropriate legal forum', tweeted Karti. He was earlier arrested in February by the CBI for allegedly accepting bribe in a bid to facilitate the FIPB clearance to INX Media and was later granted bail in the matter.