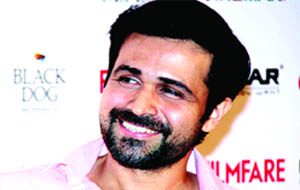 ODDBALL Motion Pictures, a leading film and media production company founded by filmmaker Nitin Upadhyaya announced their association with Chanda Group on Monday werein the latter will be funding a seed capital of upto 250 Crores for the feature films and original digital video content that will be exclusively developed and produced by ODDBall Motion Pictures. This path breaking deal will help the upcoming Production house develop feature films, long form and short form content across genres, and over time, a platform of their own. Speaking on the association, Chanda group’s managing director, Rahul Chanda said, `Indian Film & Media sector is one of the fastest growing market and in a country which has an exceptional appetite for information and content, it is about time that this sector is explored as a serious business avenue. This association with ODDBall Motion Pictures will help us to power forward in the Industry. They are passionate and developing some great content.` Nitin Upadhyaya said, `All a dream needs is a Dreamer. What Chanda group has offered is an unparalleled opportunity to produce and deliver high quality films and world-class entertainment content at an uncompromising scale. Over the past few years a lot of new avenues have cropped up that have taken precedence as the profit center in the media business than just the classic feature films, an encouraging example being the humongous growth of OTT platforms and content in India. While films will remain our key focus area, we now also plan to expand in the digital domain and venturing into South Indian film industry. We are very thankful for them putting so much trust in a relatively younger organisation like ours and we will forever strive to make them proud`. This unique collaboration will bring in 250 crore in the Industry and leverage Nitin Upadhyaya’s rich experience in film-making. Under his leadership, ODDBall Motion Pictures produced Behen Hogi Teri starring Rajkummar Rao and Shruti Hasan in 2017 and has a great line up of films in 2018.