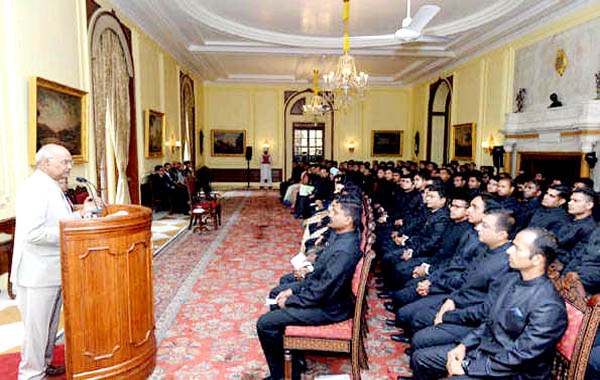 New Delhi, Environmental protection had become a key concern for the 21st century and forests were an integral part of the solution, President Ram Nath Kovind said here on Monday. Addressing the probationers of the Indian Forest Service (2017 batch) who called on him at the Rashtrapati Bhawan here, Mr Kovind said that over the past few decades, the world had realised the existential threats posed by environmental degradation, depletion in forest cover and above all global warming which was leading to climate change. He said that forest protection, especially in India, must invoke participation and support of those whose livelihoods depended on forests. ``A large number of very poor people, including tribals, live in and around forests. It is through forests that they fulfill their basic needs of food, fuel-wood, and fodder. They respect forests as part of their traditions and beliefs. Any measures to protect forests should be sensitive to the basic needs of these people and involve them as partners,’’ he pointed out. The President said that the joint forest management model that India had adopted was based on the “care and share” principle which envisages a partnership with local people and communities in the management of forests. ``Indian Forest Service Officers must involve these communities in forest management and apply the scientific principles of forestry with a human and compassionate face. This alone will provide solutions that are sustainable and effective,’’ he added.