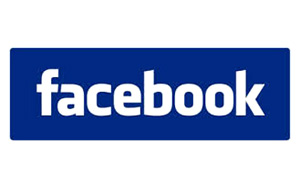 New York, Facebook ended the week $58bn lower in value after its handling of a historic data breach, a BBC News report said.Its founder Mark Zuckerberg apologised for data breaches that affected 50 million users. The apology did not stop investors from selling shares in Facebook, with many wondering just how bad the damage would be for the social network.The breach was called a "light bulb" moment for users, spawning the social media trend #deletefacebook. All the negative headlines led to some advertisers saying "enough is enough". Shares in the social media company fell from $176.80 on Monday to around $159.30 by Friday night.Facebook's initial public offering in 2012 priced shares at $38 each, giving the company a market valuation of close to $104bn. Following steady user growth and a dominant space in the digital advertising market ensuring revenues, Facebook's share price climbed to $190 by February this year. Brian Wieser, senior analyst at Pivotal Research, said he had one of the most negative outlooks for Facebook's share price on Wall Street. "I had a $152 price target on Facebook for 2018 - and that was before the events of this week". Mr Wieser said the share price slump showed investors were wary of increased regulation and users leaving the platform "but there's little risk of advertisers leaving Facebook. Where else would they go?" Hargreaves Lansdown senior analyst Laith Khalaf said the week had been a "damaging episode" in Facebook's history. "One of the secrets of Facebook's success has been that the more people who use Facebook, the more integral it becomes to its customers. Unfortunately for Facebook, the same dynamic cuts in the opposite direction if it loses a meaningful number of users as a result of this scandal. " Advertising firm M&C Saatchi's founding director David Kershaw said the revelations that a 2014 Facebook quiz essentially harvested data from users and their connected friends without consent have led to a backlash from advertisers. "Clients have come to the point, quite rightly, where enough is enough, " Mr Kershaw said.Advertisers Mozilla and Commerzbank on Wednesday suspended ads on the social media platform. On Friday tech entrepreneur Elon Musk had the official Facebook pages for his companies Tesla and SpaceX deleted."Make no mistake Facebook is an amazing medium from the advertiser's point of view because of the accuracy of its targeting -which comes from data. But I think those large companies are very nervous to be associated with a medium where the data is being abused, particularly in a political context," Mr Kershaw said. Mr Kershaw told the BBC any change in Facebook's data protection policy was more likely to come from the threat of a withdrawal of "hard money from advertisers rather than consumers running hashtag [campaigns] on Twitter," referring to the #DeleteFacebook and #BoycottFacebook hashtags that have become popular. UK advertising group ISBA met Facebook on Friday and said its "constructive and challenging" summit had convinced the group that the social media company was taking steps to "rapidly address public and advertiser concerns", including app audits and face-to-face meetings with individual UK advertising clients. It will take some time before it becomes clear if the advertising industry's dissatisfaction with Facebook leads to them actually pulling their money out of the social network, or whether the howls of condemnation amount to mere posturing from a group of concerned clients. The Facebook founder tried to reassure users "the most important actions to prevent this from happening again today we have already taken years ago." However, Passion Capital tech investor Eileen Burbidge, who is also on the Prime Minister's Business Advisory Group, said Facebook's reassurance to users and clients took too long. "The fact that it took them five days to come out with a statement, which happened to be a fair, sensible and comprehensive statement, was just far too long," Mrs Burbidge said."I think they were just really tone deaf for too many days." The technology venture capitalist said Facebook underestimated the consumer backlash that occurred once their data was used for political purposes. Cambridge Analytica is at the centre of a row over whether it used the personal data of millions of Facebook users to sway the outcome of the US 2016 presidential election and the UK Brexit referendum. "Some people are using the term 'political manipulation'. "They [Facebook] assumed they had already taken care of this... as they had already changed their terms of service, for example," Mrs Burbidge said. In Mr Zuckerberg's online statement he offered a timeline of how Facebook's data permission agreements with users and other companies had changed since the 2014 personality quiz app was able to scrape data from quiz takers and their contacts without their expressed permission. Mrs Burbidge said there may need to be new regulation over political campaigning "which really hasn't kept up with social media".Technology writer Kate Bevan said the week's events have woken Facebook's users up to the fact that the platform's games, quizzes and apps could harvest their data for more serious intents. "This week feels to me like a real light bulb moment where people are understanding that it's not just clicking 'like' on Facebook, it's giving your data away". The sentiment was echoed by the European Union's commissioner for justice, consumers and gender equality Vera Jourova said the Cambridge Analytica allegations had been "a huge wake-up call" for Facebook users about the demand for their data.