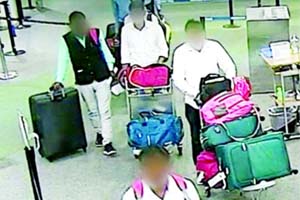 Agencies, Sydney An Indian journalist has been charged with people smuggling after he allegedly helped eight people enter Australia using fake media credentials. According to a BBC News report, the group told officials at Brisbane airport that they had arrived to cover the Commonwealth Games. If convicted of human trafficking, the journalist, who had a valid media pass, faces up to 20 years in jail. The Commonwealth Games will be held in Australia’s Gold Coast between 4 and 15 April.The group had travelled through Bangkok, where officials suspected them of carrying fraudulent documents and alerted authorities in Australia. Journalist Rakesh Sharma has also been charged with facilitating false documents and misleading information in relation to non-citizens. “Anyone wishing to enter Australia, including athletes, team officials, spectators and the media, must hold a valid visa and accreditation and must be deemed to be a legitimate visitor,” Australian Border Force official Terry Price said in a statement. The next hearing in the case will be held on 6 April.