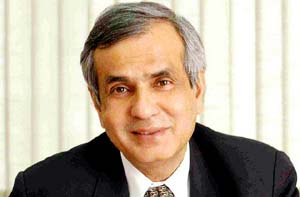 Agencies, New Delhi, Amid much criticism of the government’s handling of the economy and fall of rupee to a fresh low of 70.4 to the dollar, Niti Aayog vice chairman Rajiv Kumar on Thursday said such a situation “is no indicative of a bad time” for the Indian economy. “Lets be clear, the depreciation of the Indian Rupee against the USD is not indicative of a bad time for the Indian economy,” Dr Kumar tweeted. In another missive, he said, “For those who are presenting this as a major fall in rupee value, the following data should clarify. To highlight, the Indian economy today is not counted among the fragile five as it was during the period of May-November 2013”. He also said the the Rupee depreciation against USD was 24.74 per cent between May 2, 2013 to Nov 3, 2013 and 19.96 from April 2, 2009 to April 30, 2014. During the day while speaking at a function where the NABARD All India Financial Inclusion Survey (NAFIS) report was released, he said, ‘’Over the past three years, the rupee has been overvalued by approximately 17 per cent and the current depreciation of 9.8 per cent since January is a move towards its natural value”. He also asserted that India has the capability of doubling farm income in the next few years and the falling rupee should not be a cause of worry. ‘’It is rather coming back to its natural value,” he added. The Rupee hit record low at 70.18, sliding by 28 paise in opening trade on Thursday following concerns about Turkey’s economic woes spreading to other emerging markets dealers at the Forex Market said. A major fluctuation was seen during an intra day trade as it registered day high and low at 70.32 and 70.12 respectively, they added. According to NAFIS, conducted by National Bank for Agriculture and Rural Development (NABARD), farm households register higher income than the families solely dependent on non-farm livelihood activities in rural areas.