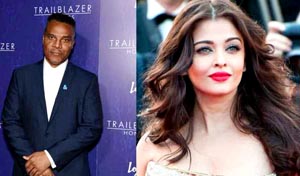 New Delhi,  'Fanney Khan' has entrusted the International award-winning dancer and creative director, Frank Gatson Jr for the choreography of a song in the film. The upcoming musical drama will see Aishwarya Rai Bachchan featuring in the song which has an elaborated portrayal of city tours. The movie will see the beautiful actress, Aishwarya donning the character of a huge pop artist. This particular song from the movie will see an elaborate portrayal of the actress's city tours, covering three to four acts. The song is all to be shot over eight to ten days in Mumbai. Frank Gatson happens to be one of the famous international choreographers who got his big break with Micheal Jackson's "Smooth Criminal". He has also worked with Beyonce, Jennifer Lopez, Toni Braxton, and Usher. Debutant director Atul Manjrekar quoted,"We have kept the tone of the film real and this song too is being choreographed tastefully. I have been extremely lucky with my cast as none of the actors turned me down." He also added that Frank is amongst the best in the world and that is why the makers decided to approach him for 'Fanney Khan'. Produced by Rakyesh Omprakash Mehra, Anil Kapoor, and Bhushan Kumar, the movie will also feature Rajkummar Rao, Anil Kapoor, and Divya Dutta. The movie is slated to release on August 3.