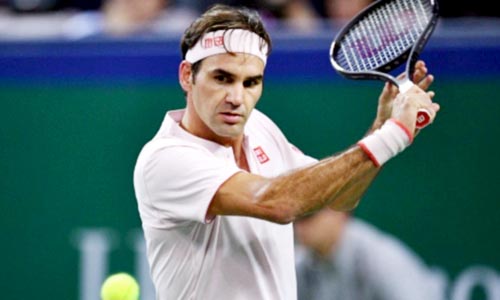 Basel, Top seed Roger Federer had to fight hard to hold off unseeded Serbian Filip Krajinovic before winning 6-2, 4-6, 6-4 in the first round of his hometown tournament Swiss Indoors on Tuesday night. The world number three, Federer playing in front of his home fans, struggled to find his usual precision, but still managed to produced his array of dazzling winners in a contest to reach the last-16 in Basel. Next up for an eight-time Basel champion, is Germany’s Jan-Lennard Struff, who had beaten Australian John Millman 7-6(3) 6-2 in the first round. The 37-year-old Federer, who revealed earlier this week that he had been struggling with a hand injury since the grass-court season, last lost at the Swiss Indoors in 2013, going to Juan Martin del Potro.