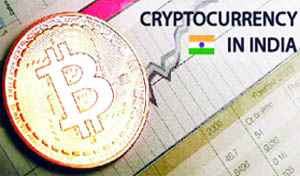 Agencies, New Delhi,  Majority of active cryptocurrency users in the country are in Delhi and NCR region and females invest more than males in cryptocurrency, a recent study by Cryptocurrency Exchange and Blockchain Service provider BuyUcoin said. This is the first time any Indian cryptocurrency exchange has conducted such a study. The study surveyed more than 60,000 active users of cryptocurrencies in last three months. The study covered Tier 1 and Tier 2 cities of India including - New Delhi/NCR (National Capital Region), Mumbai, Bengaluru, Hyderabad, Pune, Ahmadabad and among others. The data released by BuyUcoin reveals that New Delhi and NCR tops the list amongst other cities in most number of active cryptocurrency users in India. The study found that the average investments made by males are more than Rs 70,000 and the average investment of females is more than Rs 1,40,000. This study precedes the release of the pending report on cryptocurrency by the Committee formed by the Government of India and the judicial decision pending at the Supreme Court of India. The study is based on parameters related to average age of investors (males and females), investments made (males and females) and user distribution across cities (males and females). New Delhi - NCR saw 22.03 per cent of total users of which 91.2 per cent of users are male and 8.8 per cent are female. Whereas as, Mumbai stands at second position with 14.42 per cent active users of which 93.4 per cent are male and 6.6 per cent are female. Bengaluru grabs the third position standing at 13.91 per cent of which 93.2 per cent of the users are male and 6.8 per cent are female.