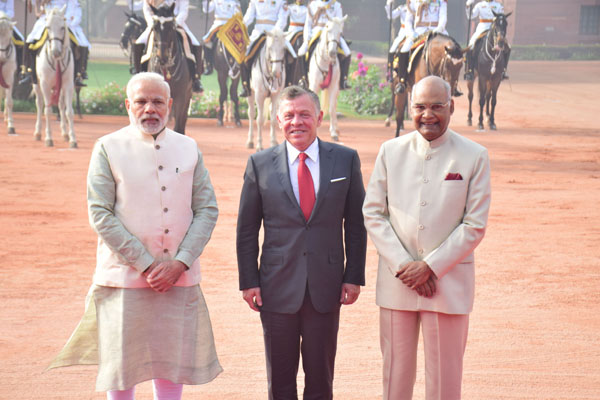 Agencies, New Delhi Prime Minister Narendra Modi on Thursday said fight against radicalism and terror is not against any particular religion but is directed against the distorted 'mindset'. Addressing a function in presence of Jordan's King Abdullah II bin Al-Hussein, Mr Modi said,'Those who resort to violence and claim to fight for protection of the religion have actually harmed their own religion.' He lauded the role of Jordan King in his fight against radicalisation and said India will always support his efforts. Prime Minister said Indian democracy is celebration of 'age-old pluraliam'. Speaking on the occasion, Jordan King said,'Those who spread hatred must be fought unitedly and Muslims and non-Muslims should reach out to each other in 'friendship'.'