Fighting black money is an ongoing war, it can't be won in a day: BJP 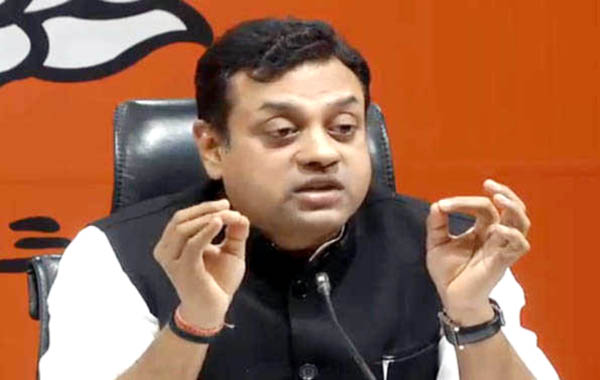 New Delhi, BJP on Wednesday said fight against terrorism, corruption or black money and Naxalism cannot be won in a day and as such the efforts of the Modi government in fighting black money menace by way of demonetisation and other measures deserve to be complimented. "The fight against terrorism, corruption and Naxalism is not so simple. It cannot be won in a day. Today you launch the fight and tomorrow you win it....It's an ongoing battle and I congratulate the Modi government for its works on these lines," BJP spokesman Sambit Patra told reporters here. "Either you fight it tooth and nail....or you don't. We are committed to fight it (black money) out strongly," Mr Patra said. He said it in this context, even global agencies and respected bodies like IMF have in recent reports have said owing largely due to the performance of the Modi government, India will emerge as a "leading growth engine". He said the Congress party has been only trying to 'mislead' the country on the debate over demonetisation. Earlier in the day, former Finance Minister and Congress leader P Chidambaram had said that the Indian economy "lost 1.5 per cent of GDP in terms of growth" due to noteban announced by the government in November 2016. That alone was a loss of Rs 2.25 lakh crore a year, Mr Chidambaram claimed adding over 100 lives were lost and 15 crore daily wage earners lost their livelihood for several weeks. In the BJP briefing, Mr Patra maintained that everyone in the country right from the Prime Minister to the councilor knew about the presence of black money and parallel economy but none dared to take action. "The country for the first time saw a Prime Minister in Narendra Modi who could take on the black money head on. He took a pledge and launched a war....on the contrary the Congress had not even set up a SIT," he said. The BJP leader said one big achievement of demonetisation was that the 'black money' that came into the system actually would find its 'address' - meaning the owner of that money cannot conceal taxes. "When that address is tagged to the black money, the owners are left with no option but has to pay the tax," Mr Patra said. Earlier in the day, RBI has said in a statement that the banks received Rs 15.31 lakh crore, or 99.3 per cent, of the Rs 15.41 lakh crore worth Rs 500 and Rs 1,000 notes in circulation on November 8, 2016, when the note ban was announced by Prime Minister. This also means just Rs 10,720 crore of the junked currency did not return to the banking system. Meanwhile, the Economic Affairs Secretary S C Garg also said that the objectives of the note ban, like checking black money, terror financing, promoting digital transaction and weeding out fake currency notes have been achieved.