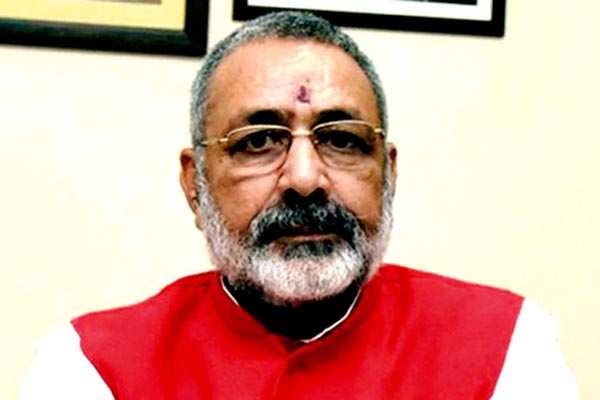 Agencies, Patna, On the direction of a court, an FIR has been registered at Danapur police station in the district against union minister Giriraj Singh and 32 others in connection with a case of forgery in land transaction. Police said here that the FIR was registered against Mr Singh and 32 others at Danapur police station last night on the direction of Danapur district and sessions court. Mr Singh had been booked under various sections of IPC and also those of the Scheduled Castes and the Scheduled Tribes (Prevention of Atrocities) Act. The complainant Ram Narayan Prasad, a resident of Aasdiha village under Danapur police station, had alleged that all the accused, including the current Union minister Giriraj Singh, had helped in “illegal sale” of his land on the basis of forged land rent receipts. In the FIR, Mr Singh also faced the accusation of making casteist remarks against Mr Prasad and also threatening the latter. Mr Prasad in the complaint said that he had received land measuring 2 acres and 60 decimals from his maternal uncle Bipat Ram through a gift deed but transactions for the gifted land were going on the basis of forged land rent receipts since long. He said that when he brought the matter to officers, they also did not take any action. A case was also lodged in the court of additional collector for cancellation of all forged receipts and the matter was pending.