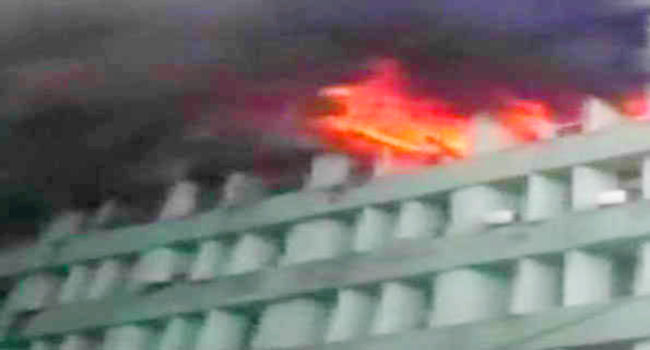 Agencies, New Delhi A Central Industrial Security Force (CISF) sub-inspector died in a major fire which broke out on the fifth floor of Pandit Deendayal Antyodaya Bhawan at the CGO Complex here on Wednesday morning. The CISF personnel identified as M P Godara fell unconscious after inhaling the smoke and was taken to AIIMS, where he succumbed to his injuries. According to a fire official, the fire broke out at around 0834 hours following which the fire department rushed 25 fire engines to the spot to fight the blaze. Later, the inferno was brought under control at around 1030 hours. The cause of fire is yet to be ascertained, added the fire department.