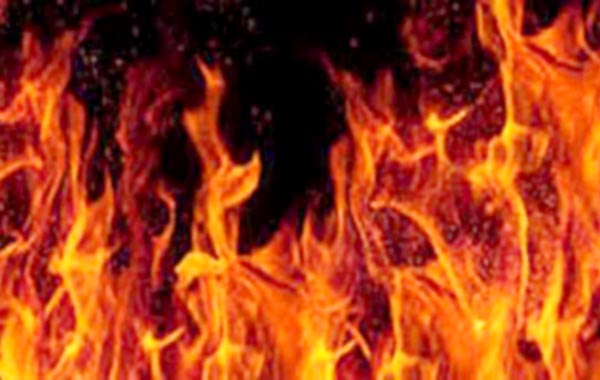 New Delhi, A fire broke out in the National Capital's Paschim Puri area in the small hours on Wednesday, reducing 250 shanties to ashes. Acting on an information received at 0115 hrs, 28 fire tenders were pressed into service to put out the inferno, a Fire department official told Agencies. A woman, who suffered burn injuries in the incident, was rushed to a nearby local hospital. The fire was brought under control by 0315 hrs, the official added. Prima facie, the cause of the fire was suspected to be short circuit.The incident took place in Shaheed Bhagat Singh camp in Paschim Puri, a locality in Paschim Vihar area.