Fiscal situation will be comfortable next financial year: Jaitley 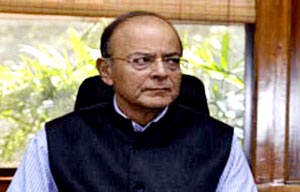 New Delhi, Finance Minister Arun Jaitley on Saturday said the fiscal situation should be comfortable next financial year and government would be able to meet the revenues targets. Addressing a press conference after meeting RBI’s board in a customary post-Budget exercise, Jaitley also said that there are no worries at the moment regarding slippages in meeting the deficit targets. On the rising crude pieces, he said that at this stage he was not worried about any slippages on the fiscal front. So an assessment should not be made based on hypothetical situation concerning crude prices as the trend in the last three days has been opposite. On the issue of recapitalisation of banks, Finance Minister Jaitley said that the government's move to recapitalise public sector banks would improve their lending capacity. He said that indications are that credit offtake is already happening and that seems to be good sign and now with the recapitalisation of the banks. The government has already announced plans to spend Rs 2.11 lakh crore to recapitalise PSBs. On Reserve Bank of India’s decision of not making any change in the Monetary Policy, Mr Jaitley the Committee, chaired by RBI Governor Urjit Patel on the Monetary Policy was a balanced decision.Earlier in the day, Mr Jaitley also met Securities and Exchange Board of India’s (SEBI) board and top officials.