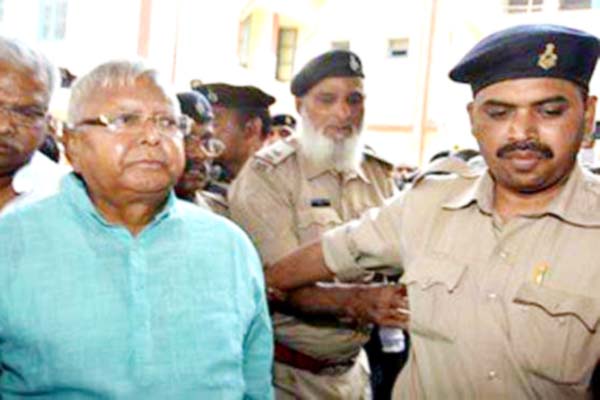 Ranchi, A special CBI court on Saturday would be announcing the quantum of punishment against former Bihar Chief Minister and RJD supremo Lalu Prasad Yadav, along with 18 others in the Fodder Scam case number RC38A/96, related to fraudulent withdrawal of funds from the Dumka Treasury. The court of special CBI judge Shivpal Singh would be announcing the quantum of punishment through video conferencing on Saturday. However, over the timing of sentencing, the judge maintained that since he has another case on Saturday morning, therefore after that only, he would be able to give the time. Earlier in the day, arguments over quantum of sentencing was completed on Friday for five of the other remaining convicts, including Radha Mohan Mandal, Raj Kumar Sharma, Raghunandan Prasad, Rajendra Kumar Bagheria and S K Das. Lawyer of one of the convicts Sanjay Kumar told reporters outside the e-court room that in their arguments before the Judge, the counsels have pointed that their clients were of old age, suffering from various health-related issues and moreover, had been facing trial for the last several years therefore, the court had been urged to adopt leniency while awarding the punishment. On the other hand, lawyers of the prosecution demanded stringent punishment for the convicts. However, after listening to the arguments of both sides, Justice Singh decided to announce the sentencing on Saturday. The court had on Monday convicted Yadav and 18 others in this case and fixed March 21, 22 and 23 for hearing the arguments on quantum of sentencing. Case number RC38A/96 is related to fraudulent withdrawal of Rs 3.76 crore from Dumka treasury of unified Bihar.