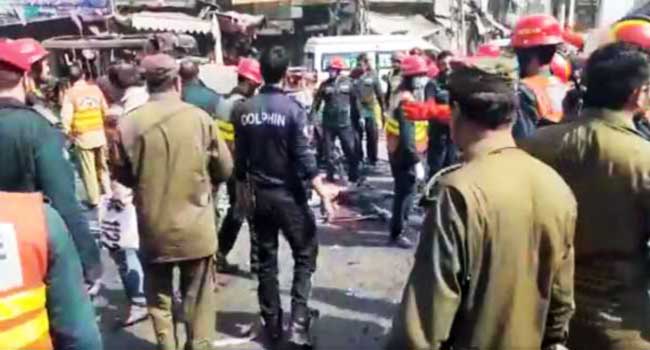 Lahore, At least four people were killed and 19 others sustained injuries in a blast outside the Data Darbar shrine in Lahore on Wednesday morning. As per initial reports the suicide attack was near a car of police elite force which was in the immediate vicinity of Data Darbar in Lahore, local media reported. Meanwhile, rescue and police officers have rushed to the spot along with a heavy convoy of police forces, and the injured persons are being shifted to nearby hospitals for medical attention. According to sources, the police’s elite force was made the target of the blast. Further investigation of the incident is underway.