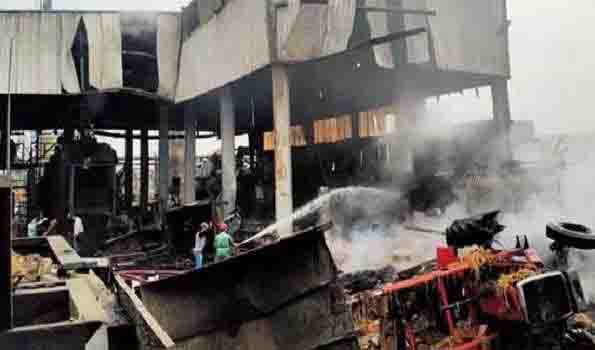 Islamabad, Feb 29 (UNI) Four laborers were killed in an accidental boiler explosion in a paper factory in Kasur district of Pakistan's east Punjab province on Saturday. The boiler exploded due to some technical fault, killing and seriously injuring all the nine people working around it, while the laborers working in other parts of the factory remained safe due to timely extinguishing of the fire, says a Xinhua news report. Part of the factory got damaged in the explosion, and investigation is underway to determine the exact cause of the blast. The injured people have been shifted to a nearby hospital and three of them were in critical condition.