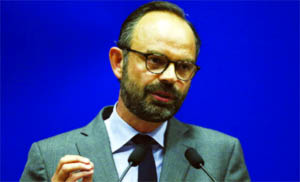 Paris: France is to broaden the scope of legislation which can be used to veto foreign takeovers, extending it to the fields of artificial intelligence, microchips, space and data storage, Prime Minister Edouard Philippe said on Friday. The French government adopted a decree in 2014 under which any foreign takeover of French groups operating in sectors considered as strategic can be blocked. These currently include energy, water, transport, telecoms and health. “We must strengthen the tools to protect French interests, that’s what China and the United States have been doing for a long time,” Philippe said at an event in a plant belonging to cosmetics group L’Oreal in northern France.New measures will be added to draft legislation to be presented on April 18, the prime minister said.