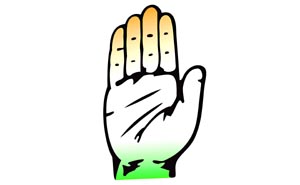 Chronicle Reporter, Bhopal In Madhya Pradesh politics, a situation like 2003 is arising. At that time BJP was very aggressive and Congress was on the back foot. On the contrary today Congress is aggressive and BJP is on back foot. Congress needs to increase its aggressiveness but it seems unlikely it can be aggressive like BJP in 2003 when Uma Bharti had extensively campaigned against then chief minister Digvijaya Singh and dubbed him Bantadhar. Who can show the aggressiveness like Uma Bharti in Congress? The Congress will definitely get the advantage of anti-incumbency factor as BJP is in power for the last 15 years. But can Congress cash on it? There is no dearth of issues that the Congress can take up like Vyapam scam, farmer unrest, Dalit agitation, malnutrition, corruption, unemployment, drying rivers etc. But the moot question before Congress is that how will it get aggressive to take advantage of these issues. Most Congress heavyweights are accustomed to living in ‘comfort zones’ and get on the ground only just before the elections. The basic reason behind poor performance of Congress is their distance from the public. Meanwhile, the Congress party is holding discussions with the Bahujan Samaj Party (BSP) and other like-minded parties like the Samajwadi Party (SP) and Gondwana Gantantra Party (GGP) to form a pre-poll alliance ahead of the Madhya Pradesh assembly elections, newly appointed state Congress chief Kamal Nath has said. We are holding discussions and we will keep on holding discussions with everybody. The BJP wins because of fragmentation of the opposition votes and that will be stopped. The pre-poll arrangement will not just be based on arithmetic. It will be arithmetic plus politics. In the end, the arrangement that we have will not just be symbolic. It will be something that will yield results, Nath said recently. The MP Congress president also hinted that there would be no chief ministerial face of the alliance of which the Congress would be a part. Almost every section of the society is distressed. The farmers, the youth that has nowhere to go, the women against whom crimes are being committed on a daily basis will be our faces, he said. On the possibility of all opposition parties coming together to take on the BJP ahead of the 2019 general elections, Kamal Nath said every state would be looked into separately. There is no one size that fits all. But the BJP claiming that they got a national mandate in 2014 is misleading. They got 31 per cent of the popular votes while 69 per cent people voted against them. Again the opposition votes got fragmented and the BJP got the advantage. We will ensure that this opposition vote does not get fragmented to the advantage of the BJP, he said.