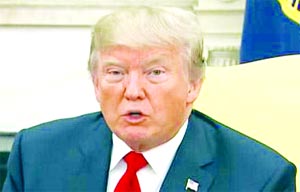 Agencies, OSAKA G20 leaders said in a joint declaration adopted at the summit in Osaka, Japan that they would step up efforts to fight foreign bribery as part of commitment to stem corruption. "We will intensify our efforts to combat foreign bribery and to ensure that each G20 country has a national law in force for criminalizing foreign bribery as soon as possible," the document reads. The 20 most developed economies vowed to work together to deny safe havens to persons sought for corruption and their proceeds and cooperate on asset recovery. International organizations are already working on a "scoping paper," they said, which will outline forms of international cooperation on dealing with serious economic offenders and bringing back stolen assets.