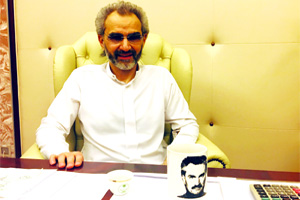 In Madhya Pradesh and north-west India there are lull in monsoon rains and farmers are eagerly awaiting for it to save their already delayed crops conditions. Presently it is erratic monsoon. It is raining very heavily in Bihar and Assam causing devastating. About 40 lakh people are displaced and thousands hectares crops are ruined. In Madhya Pradesh there is long gap after initial monsoon rains. The farmers hurriedly completed the sowing. There were virtually no monsoon rains throughout the country and that hampered the agricultural operation to a forced halt. The delayed monsoon by a fortnight also delayed the sowing. But now it is added misery that there is long gap in further rains. The increasing heat will dry up the sprouting in the field. If it rains after that then the farmers will have go for another sowing or if it is delayed too much the farmers will keep the fields vacant. The weather office forecast is also very alarming.  The turf line of monsoon has moved towards the lower reaches of Himalaya and there is no chances of resumption of monsoon rain in the near future. The heat is increasing every day and dry air are flowing all over the Madhya Pradesh sharply reducing the moisture in the atmosphere and in soil. It is very damaging to the agriculture. In Madhya Pradesh the temperature is rising everyday. The monsoon condition are not active in Madhya Pradesh and north-west areas. It is presently there is no sign of monsoon rains revival in the state. There are chances of rains only if some system is formed in the Bay of Bengal. The South-West monsoon waves provided initial monsoon rains in the end of June and early July. Due to no pre-monsoon rain and delayed monsoon till July 5 the sowing operations throughout the country were short by 27 per cent. With further delay in monsoon and its erratic behavior the crops conditions throughout the country may be far below the normal yield. The weather office takes into account the total rains. If total is upto the mark above or low it judge it as above, normal or as deficient rains. But for agriculture if the rains are not timely in phases then it is of no use for crops. For the farmers there can be drought even total rains are upto the mark.