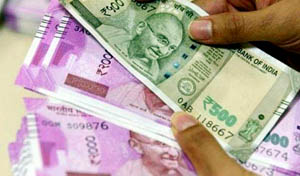 New Delhi, The total liabilities, including those under the ‘Public Account’, of the Central Government increased by 1.7 per cent to Rs 76,94,940 crore at end-March 2018 from Rs 75,66,215 crore at end-December 2017. At this level, the ratio of Outstanding Liabilities of the Central Government to GDP worked-out to 45.9 per cent at end-March 2018. Public debt accounted for 88.7 per cent of the total outstanding liabilities at end-March 2018, while the share of ‘Public Account’ liabilities worked out to 11.3 per cent. According to provisional data, about 26.2 per cent of outstanding stock of G-Secs (Government Securities) has a residual maturity of up to 5 years at the end of March 2018. This implies that over the next five years, around 5.2 per cent of Outstanding Stock, on an average, needs to be repaid every year. Thus, the roll-over risk in the Debt Portfolio continues to be low. The Quarterly Report on Debt Management for the Fourth Quarter (Q4) that is January-March 2018 (Q4 FY 18) for the Financial Year 2017-18, issued by the Ministry of Finance shows that during Q4 FY18, the Central Government issued Dated Securities worth Rs 67,000 crore against issuance of Dated Securities of Rs 164,000 crore in Q3 of FY 18, thus leading to cumulative issuances of Rs 5,88,000 crore (98.2per cent of 2017-18 RE).