Govt may include States FMs suggestions in Budget proposals: Jaitley 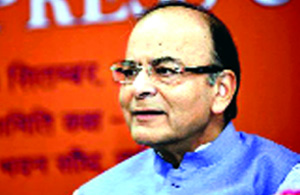 Agencies, New Delhi The Union Government may consider and include suitable suggestions received from states and union territories (UTs) in the formation of Budget proposals for the Financial Year 2018-19. After the Pre-Budget consultations with Finance Ministers of all states and UTs (with Legislature) at Vigyan Bhavan here on Thursday, he said the suggestions made by states/UTs in the meeting and the memorandam submitted by them would be duly examined and suitably considered while formulating the Budget proposals of 2018-19, keeping in consideration with the spirit of cooperative federalism. Mr Jaitley said the spirit of cooperative federalism would be encouraged and maintained. He added that the memorandum jointly submitted by states and union territories would be given due weightage. Both the Ministers of State for Finance were also present. The meeting was attended among others by the Chief Ministers of Himachal Pradesh and Puducherry, the Deputy Chief Minister of Bihar, Delhi, Gujarat, Manipur and Tamil Nadu, 14 Finance Ministers/Ministers representing their states and senior officers from states. Representatives from the state governments presented their views and offered number of suggestions on various fiscal policy and budgetary measures that the union government may consider.