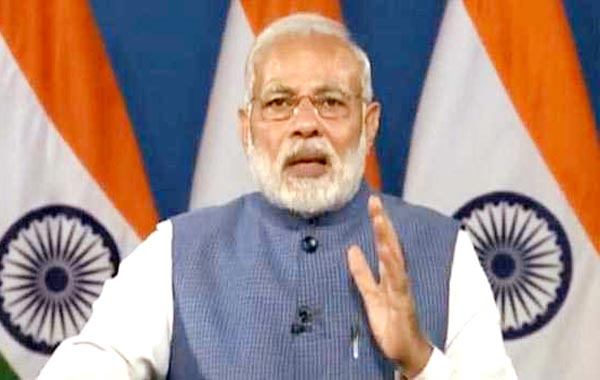 New Delhi, Noting that today's youngsters are becoming job creators, Prime Minister Narendra Modi on Wednesday said the government was taking several steps to promote young entrepreneurs in the country. Interacting with young entrepreneurs from across the country, including cities like Dehradun, Guwahati and Raipur, the Prime Minister said a 'fund of funds' had been started by the Government to facilitate more youngsters to innovate and ideate. 'We in the Government understand that youngsters may face shortage of funds for their start-ups. That is why a 'fund of funds' of Rs 10,000 crore has been started by the Government to facilitate more youngsters to innovate and ideate,' the Prime Minister said. Noting that startups are no longer confined to big cities, Mr Modi said smaller towns and villages too are emerging as vibrant startup centres. 'Start-ups are no longer only in big cities. Smaller towns and villages are emerging as vibrant start-up centres. India has distinguished itself in the global start-up eco-system,' the Prime Minister said. Describing India's start-ups as its 'growth engines', Mr Modi said,'Today's big companies were start-ups at some point. I urge the people of India to keep innovating. If we do not innovate, we will stagnate. Using Innovate India, write about pioneering innovators who are distinguishing themselves. This will inspire several others to focus on research and innovation:.' Talking about the various steps being taken to promote start ups and young innovators, the PM said, 'We're setting up 2,500 tinkering labs to encourage the spirit of innovation in students from classes 6-12. Like a science lab in every school, we hope to have a Tinkering Lab in every school. We have started an Agriculture Grand Challenge. We invite more youngsters to ideate on how to transform our agriculture sector. We have created a team of facilitators who are providing essential legal help to start-up entrepreneurs.' The Prime Minister said that along with 'Make in India', 'Design in India' too is important for startups.Mr Modi said that there was a time when startups meant only digital and technology innovation .'But now things are changing and we are seeing startups in various other fields, including agriculture,' he said. 'Youngsters are talking about the idea of a Smart Anna Bhandar- which will help farmers,'he said.He also said that the youth in India is now creating jobs and the government is committed to harnessing the demographic dividend.He also said startups can sell their products to the government and it has eased public procurement norms for them.