GST is the most comprehensive tax reform nation has seen: President 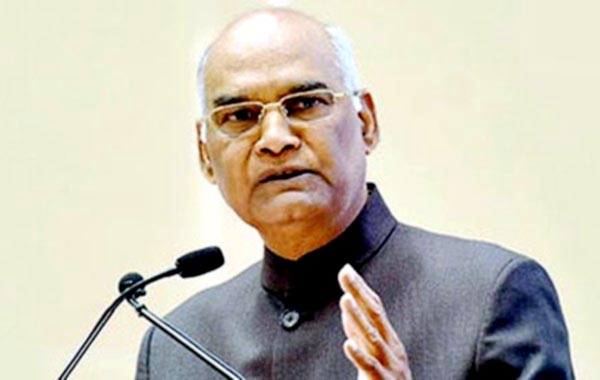 New Delhi, Observing that taxes were the building block of governance since ages, President Ram Nath Kovind on Thursday urged probationers of the Indian Revenue Service to ensure that the mega Goods and Services Tax (GST) reform was implemented across the nation and tax assesses were properly educated about the new tax system. Addressing the 68th batch of IRS (Customs and Central Excise) probationers who called on him at the Rashtrapati Bhawan here, Mr Kovind said the GST was 'the most comprehensive tax reform the nation has seen’’. 'A nation’s tax structure should be just, efficient, honest and equitable and as administrators it is the primary duty of IRS officers to ensure that the country has tax resources to fund different aspects of development, be it building infrastructure in rural and urban areas, schools and hospitals, defence and security and so on,’’ he said. Recalling that in ancient times, rulers and kingdoms were judged by the kind of tax systems they had, Mr Kovind said it was a matter of satisfaction that the GST regime had been implemented with success in ushering in a progressive tax structure that will benefit the economy and honest tax payers. He said IRS officers must discharge their duty in a way that encourages honest tax compliance with minimum discomfort to tax payers.