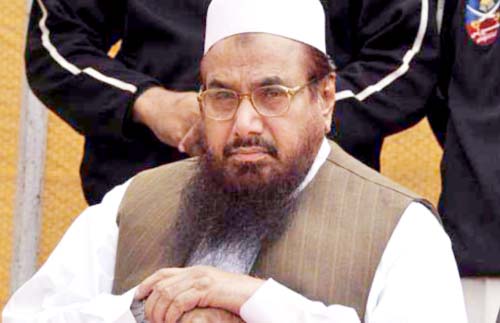 Islamabad, Pakistani Islamist militant and 2008 Mumbai terrorist attack mastermind Hafiz Mohammad Saeed's organisations -- Jamaatud Dawa (JuD) and Falah-i-Insaniyat Foundation (FIF) -- are no longer on the list of banned outfits after the presidential ordinance that proscribed them under a UN resolution lapsed. In February this year, former president Mamnoon Hussain, promulgated an ordinance to declare JuD and FIF as proscribed groups. The move came after these organisations came under the watch list of the United Nations Security Council. According to a Dawn report, Saeed's counsel that had challenged the ordinance, informed the Islamabad High Court on Thursday that he Pakistan Tehreek-e-Insaf (PTI) government, which came to power in August this year, did not extend the ordinance or table it in parliament to convert it into an act. Pakistan Deputy Attorney General Raja Khalid Mehmood Khan confirmed that the ordinance had lapsed. He, however, declined to give a statement on regarding the lapse of the ordinance. Islamabad HC Justice Farooq, who was hearing petition, held that the petition "challenging the ordinance" became "infructuous" since the ordinance had lapsed. Saeed, is also the founder militant organisation Lashkar-e-Taiba (LeT), whose terrorist were involved in shootings and bombings in Mumbai in 2008 that killed 166 people.