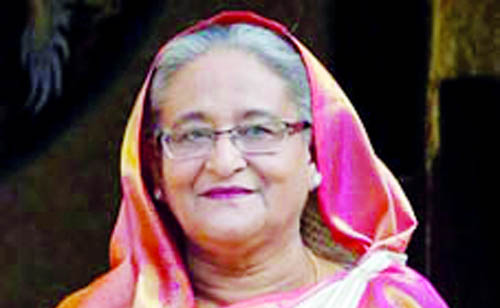 Agencies, Dhaka, Bangladesh Prime Minister Sheikh Hasina on Monday welcomed the emergence of a political alliance ahead of the upcoming general elections, expecting it to be contested by all political parties. ‘I welcome their unity as opponents of Awami League should have a strong platform,’ she told a press conference referring to the newly formed grouping under the leadership of Dr Badrudowza Chowdhury, Dr Kamal Hossain and others. Hasina, also the president of Awami League, added that her party ‘wants a good opposition alliance.’ The premier said the top figures of the new alliance in the past hatched designs against incumbent government but “yet we welcome their initiative” against backdrop of the country’s two-party system. We (however) want that their unity will not be aimed to foil the election, but jointly contest in the polls, she said. The press conference was held at the premier’s Gonobhabna residence a day after her return from Nepal attending the 4th BIMSTEC Summit while the issues of electronic voting machine (EVM), imprisonment BNP chairperson Khaleda Zia and Rohingyas prominently featured the question-answer session. Hasina favoured ‘limited use’ of EVM in the next general elections as the system still required more experiments before its nationwide introduction for voting. Different countries hold their elections using the EVM but the system must not imposed in a haste as it is a matter practice, the premier said. But, she said, BNP was entirely opposed to the EVM use as it would bury scopes to stuff ballot boxed with false ballot papers as per their design. Hasina said political parties, which were habituated in manipulating votes now appeared loud against polls rigging.The next elections undoubtedly will be free and fair as we don’t do politics to snatch peoples voting rights we will retain power if people give us vote, otherwise not (and) I’m saying this from my belief, Sheikh Hasina said. The premier said nobody in the country was powerful enough to foil the election as the process was the only means to take forward the country “and people now know it well that their development is possible under the democratic system alone”. She, however, said conspiracy appeared to be a phenomenon in Bangladesh where Father of the Nation was killed and “repeated attempts are being made on my life as well”.