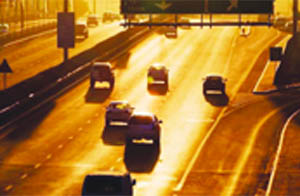 Agencies, Abu Dhabi An Asian motorist crushed an Indian man to death as he was crossing the road near Al Mafraq bridge towards Dubai. After knocking him down, the driver fled the spot and left his vehicle behind. He rushed to the airport and booked a flight in a bid to escape from the country. However, the Abu Dhabi Police nabbed the Asian 30 minutes before the flight’s departure, agency reported. Brigadier Ali Khalfan Al Dhaheri, director-general of central operations, was quoted as saying in the report that they received information on Monday that a man had been rammed by a vehicle. Police teams swung into action and reached the site, only to find that the driver had run away. The Indian man was provided first aid. However, he succumbed to his injuries. Initial reports showed that the accident was caused due to jaywalking. It indicated that the Indian man had tried to cross the road from a place not designated for pedestrians crossing, after jumping over the iron fence. Al Dhaheri said that police teams launched a manhunt for the Asian driver and tracked him in less than two hours of the accident. He was arrested 30 minutes before he could board the plane. He pointed out that the case has been referred to the authorities concerned to complete the necessary legal procedures. Al Dhaheri stressed that escaping from the accident site means that the Asian was involved in the crime. He explained that if the motorist had stopped and contacted the police, the pedestrian could have been saved.