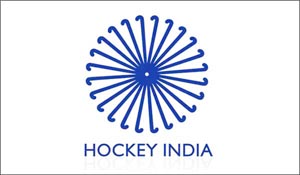 New Delhi, Hockey India on Saturday named 61 women players for the National Coaching Camp that will commence on April 22 at the Sports Authority of India, Bengaluru. The 61-member group, which features all the 18 members who played at the XXI Commonwealth Games, was picked on basis their recent performance that includes the Hockey India Senior Women National Championship. This group will be further pruned down to 48 players on 2 May 2018. Under the coaching of Chief Coach Harendra Singh, the Indian Team ended their XXI Commonwealth Games campaign with a reassuring fourth place after having lost the final berth to hosts Australia and eventually lost the Bronze Medal match to England. “I have stated earlier too that we are disappointed as we did not finish on the podium but there are a lot of positives which we can take from the CWG performance barring the game Vs England in the Bronze Medal match,” stated Harendra Singh. He further added that the team will go back to the drawing board to make a comprehensive plan based on CWG outing for the future tournaments.