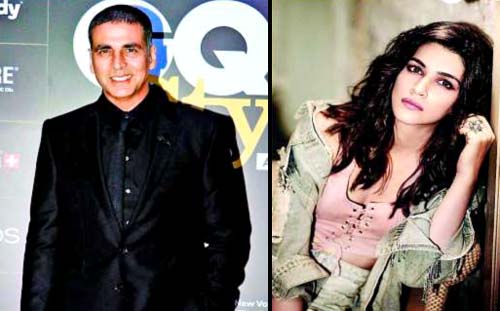 New Delhi, It may have been wrapped in controversy following Sajid Khan stepping down as its director after allegations of sexual harassment were leveled against him but producer of ‘Housefull 4’ Sajid Nadiadwala is leaving no stone unturned to make it a visual delight. Trade sources said that the makers of the film have spent a whopping amount to build the grand sets, where they will shoot the reincarnation scenes.Two sets of the film that have been erected at the Chitrakoot Ground and Vrindavan Studio in Mumbai have cost around Rs 20 crore. Also, the film’s overall budget is a sum total of the money that he spent on the other three movies in the franchise.Given that the period sequences, which involve a lot of VFX, are yet to be shot there, the art direction team has paid attention to the intricate details. The sources said that the set of the film gives you a feel of the yesteryear era, which was seen in the Baahubali franchise. 'There’s the king’s darbar which has pillars that are as high as 36 feet, long pathways and marble flooring. There are precious stones embedded on the throne and the pillars have fine detailing,” the sources said. Sajid gave a clear vision to production designers, Subrata Chakraborty and Amit Ray, who ensured that the sets depicted the period’s grandeur. The sources said that the sets can accommodate close to 1,000 people at one go. ‘’There are major portions of the past life which will be shot here along with a song, too,’’they said.The team has strict security measures in place. Akshay Kumar, along with the entire cast of Housefull 4 — Kriti Sanon, Bobby Deol, Riteish Deshmukh, Pooja Hegde and Kriti Kharbanda — have already completed two schedules of the film, one each in London and Rajasthan. The team kicked off their third schedule in Mumbai a few days ago.