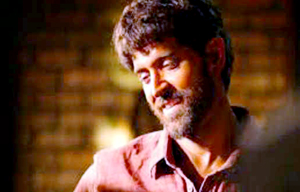 New Delhi, Hrithik Roshan who is currently shooting for his upcoming film 'Super 30', shot for the climax scene in Mumbai.The actor who is busy doing back to back night shifts shot for the climax scene in the city. The actor is soon to wrap his Mumbai schedule and will leave for the next schedule this weekend.With 'Super 30', Hrithik is all set to play the character of Indian mathematician and teacher Anand Kumar. The film has been creating immense buzz ever since the first look of Hrithik as Anand Kumar has broken the internet. Hrithik is leaving no stone unturned to step into the shoe of his character a testimony of which has been witnessed through multiple onsets leaked images. Hrithik has been slaying his beard look with his recent appearances and is setting major goals for all his fans. The look and curiosity towards Hrithik's character have made 'Super 30' one of the most anticipated films of 2019. Helmed by Vikas Bahl, Co-produced by Reliance Entertainment and Sajid Nadiadwala's NGE Productions, 'Super 30' starring Hrithik Roshan is slated to release on January 25, 2019.