"I have been advised against dust," says Sushma Swaraj 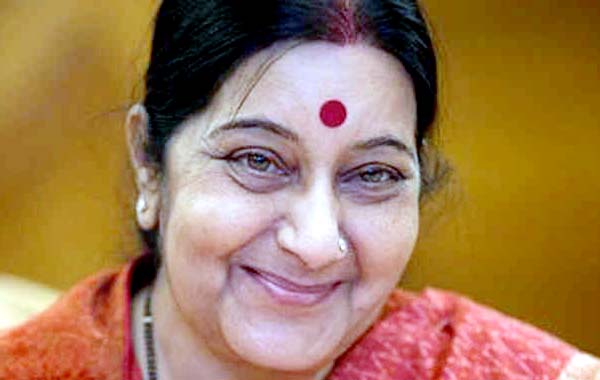 New Delhi, "My health is gradually improving but I have been advised precaution from dust," remarked External Affairs Minister Sushma Swaraj informally here on Friday. At the annual media lunch hosted by the Ministry of External Affairs, the senior BJP leader declined to field regular or any tough question but said the Supreme Court ruling on the high voltage Rafale aircraft deal was "good". "Accha hae (It's good)," she remarked politely as she met journalists and interacted informally during the annual hospitality show. Media persons including from foreign newspapers and wire agencies make it a point to attend the annual show wherein senior bureaucrats and others interact informally.Minister of State for External Affairs Gen V K Singh was also present. Asked whether she has been advised "precautions" vis-a-vis her health, the Minister said: "They have said about infection; but I have been especially counseled precautions especially from dust". To a query on her decision to stay away from next year's parliamentary polls, the Minister said: "That is only for Lok Sabha elections". In other words, Ms Swaraj is far from retirement stage as of now.One of the most gifted parliamentarians for debating and oratorial skills, 66-year-old Ms Swaraj has been Leader of the Opposition in Lok Sabha during the stint of UPA-II and also a Delhi Chief Minister in 1998 for a brief spell. In the present House, she represents Vidisha parliamentary constituency in Madhya Pradesh.