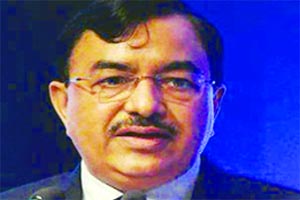 Agencies, New Delhi The Income Tax Department has issued about one lakh notices to people who have invested in crypto currencies like Bitcoin and have not declared it in their income tax return, CBDT (Central Board of Direct Taxes) chairman Sushil Chandra said at an ASSOCHAM event held here today. “People who have made investments (in crypto currency) and have not declared income while filing taxes and have not paid tax on the profit earned by investing, we are sending them notices as we feel that it is all taxable,” said Mr Chandra while addressing an ‘ASSOCHAM Post Budget Seminar.’ The CBDT chairman informed that the Income Tax Department had conducted various surveys on crypto currency exchanges to find as to how many people are regular contributors, how many have registered themselves and how many have done trading on that platform. “We found out that there is no clarity on investments made by many people which means that they have not declared it properly,” said Mr Chandra. “We have informed all the DGs (Director Generals of Income Tax) across India, they are issuing notices and so that would be taxed,” he added. He further said that as per income tax (laws), whatever money one is investing (in crypto currency), it would be taxable if it is unexplained. Besides, even the profit gained on the same is taxable.“So we will tax that particular amount and they should pay tax on that,” added Mr Chandra. In her address at the ASSOCHAM seminar, Vanaja N Sarna, chairperson of the Central Board of Excise and Customs (CBEC) said that so far as the customs side is concerned it had focussed upon three major areas in this budget - trade facilitation, dispute resolution and dispute resolution management and, enforcement. She said that changes made in the duty structure were aimed at encouraging domestic manufacturing and increase domestic value addition thereby transforming India into a manufacturing hub. “We wanted to promote Make in India in a very big way, it has been on the anvil but it needs that environment to actually move forward and we thought this is the good time to do it,” said the CBEC chief. “We increased duty in about 45 items and reduced in about five, It was a very-very carefully thought out list of items and if you go through it you will understand that almost each one of them have capability of being made in India,” said Ms Sarna. She further said that things like mobile phones, perfumes, cosmetics and toiletries, juices and all these items can be manufactured wonderfully in India. “What we need is to make these items in India and bring them to the masses, as most of them are related to MSMEs (micro, small and medium enterprises).”