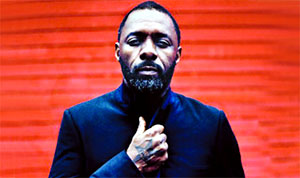 Actor Idris Elba, who loves DJing, says at some point, he would like to make music. “I do DJing and I love DJing but at some point, I do want to make music. But I guess I’m a bit shy and nervous. I think that’s a very British thing and we just don’t do that, it will happen but it’s just a case of when,” Elba told agency. He said he also helped pick the music for his new crime film “Yardie”. Elba added: “I was involved in the music for that, not making it, but involved in it and that was great!”