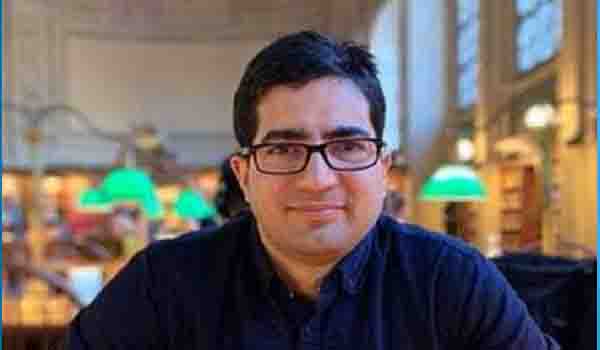 Srinagar, IAS topper-turned politician and Jammu and Kashmir Peoples' Movement chief Shah Faesal was booked under stringent Public Safety Act (PSA) in the Kashmir valley on Saturday, official sources said. The former bureaucrat was arrested at Dehli airport in the second week of August when he was leaving for abroad, a day after his statement to an international media channel that after abrogation of special status, political leaders in Kashmir have now only two options—to become stooge of Government of India (GoI) or join separatists. However, he did not answer when asked if he also joins separatists. He was later sent back to Srinagar, where he was detained.

Over 300 leaders of different political parties, including former ministers and legislators, besides separatist organisations have also been arrested under PSA in the valley since August 5, when the Centre scrapped Article 370 and 35 A, besides divided the state into two Union Territories (UTs). However, over 30 leaders, including former ministers and legislators, were released after they gave in writing that they will not raise the issue of abrogation of special status of the erstwhile state after their release.