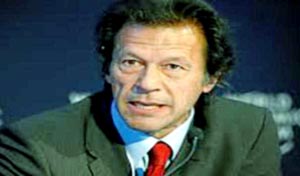 Islamabad, Pakistan Tehreek-e-Insaf (PTI) chairman Imran Khan was elected leader of the National Assembly on Friday. He will be sworn in the 22nd prime minister of the country on Saturday. Khan, 65, was elected leader of the lower house of Parliament after a vote count. Khan secured 176 votes while Pakistan Muslim League-Nawaz (PML-N) candidate Shehbaz Sharif bagged 96 votes in the polling. The Pakistan People’s Party of Bilawal Bhutto, which was part of the joint opposition, abstained from voting, having reservations on the candidature of Sharif. Speaker Asad Qaisar announced Khan the leader of house after the vote count.Khan, who ran on an anti-corruption platform in the July 25 general election pledging to improve the lives of the poor with an "Islamic welfare state", inherits a country with a mounting economic crisis and has vowed to create a "new Pakistan". “The match isn’t over. Only one part of the dream has been complete,” Khan said earlier on arriving in Parliament before the vote. On Thursday, the PTI finalised the first 100-day future plan to overhaul the current administration, Geo News reported, citing sources. The sources told the news channel that the prime minister-in-waiting chaired the meeting which was attended by Shah Mehmood Qureshi, Jahangir Tareen and other party leaders. The party has decided to replace the heads of federal and provincial organisations. A list of federal secretaries to be transferred has also been prepared besides the high ranking officials deployed on political basis. The sources said chairman of government utilities like the railways and airlines are likely be replaced. His PTI party won the most seats in elections - setting up Mr Khan to become PM with the help of small parties, more than two decades after he first entered politics.