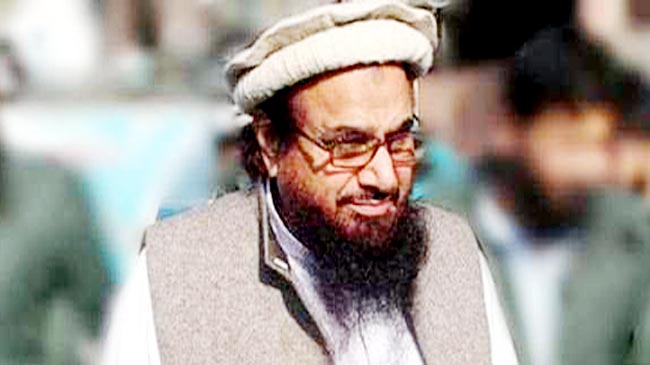 Islamabad, Hours after Saudi crown prince Mohammad bin Salman paid a visit to India and pressed for creation of conducive conditions necessary for resumption of the comprehensive dialogue between India and Pakistan, Prime Minister Imran Khan in a high level meeting on Thursday decided to 'reinstate' ban on the Hafiz Saeed-led Jamaat-ud-Dawa (JuD) and its charity wing, the Falah-i-Insaniyat Foundation (FIF). The 'Dawn' reported that this was decided at the National Security Committee (NSC) meeting which was attended among others by Shah Mahmood Qureshi and Army Chief Qamar Javed Bajwa. Meanwhile in a series of tweets Imran Khan's party Pakistan Tehreek-e-Insaf (PTI) said Pakistan Army has been directed to respond "decisively and comprehensively" to any aggression or misadventure by the India. The NSC also directed both the Ministry of Interior and security institutions to immediately accelerate actions on ground. Khan also issued the directives during the meeting that discussed geo-strategic and national security environment, and situation arising after the Pulwama incident iun which more than 40 CRPF personnel were martyred. The forum noted that the state of Pakistan was not involved in any manner. It said Pakistan has sincerely offered investigation of the incident as well as the offer for a dialogue on the issue of terrorism among other disputed issues. "We expect India to positively respond to the offers. Based on the investigation or any tangible evidence provided, the State of Pakistan shall take action against anyone found using our soil," the ruling party said.