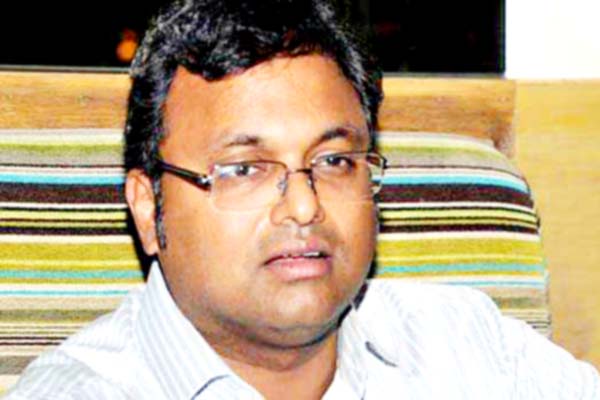 New Delhi, Karti Chidambaram, an accused in the INX media scam, on Monday approached the Supreme Court seeking quashing of the summons issued by the Enforcement Directorate (ED) against him in the case. Chidambaram moved the apex court's three-judge bench, headed by Chief Justice of India (CJI) Dipak Misra and also comprising Justices A M Khanwilkar and D Y Chandrachud, seeking quashing of the summons issued by the ED in the case. The court said it would hear the plea tomorrow. Chidambaram, presently in the CBI custody, stated in his plea that the ED is probing the case against him by crossing its jurisdiction. Son of former Finance Minister in the Congress-led UPA government P Chidambaram, Karti Chidambaram is an accused for his alleged involvement in the FIPB (Foreign Investment Promotion Board) clearance for Rs 305 crore irregular Foreign Direct Investment (FDI) in the INX media case in 2007, the CBI, the investigating agency, claimed. On November 20, 2017, the court in its detailed order, had allowed Karti to visit the UK from December 1 to 10 last year for his daughter's admission with certain terms and conditions. For the Central government, Additional Solicitor General (ASG) Tusshar Mehta was appearing before the apex court.