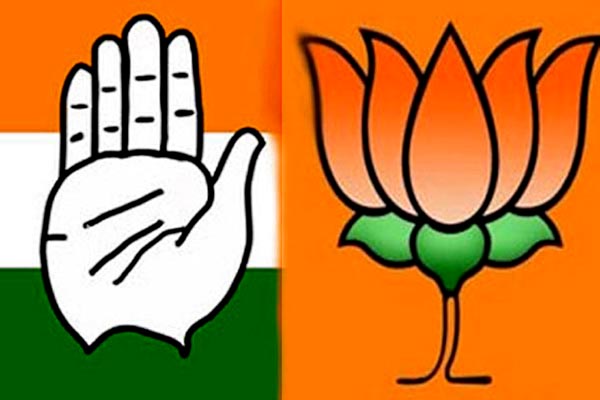 Udupi, Karnataka, The temple town, Udupi, known for its Astha Mutts and educational institutions in Manipal, is witnessing a tough fight between the Congress and the BJP, though several other parties and independents including probably a seer, are in the fray. Currently the ruling party has three of the five seats in Udupi district. The party’s hope is running high on the shoulder of Chief Minister Siddaramaiah government’s performance and AICC president Rahul Gandhi’s roadshow, despite facing an anti-incumbency at least in three constituencies. While both the BJP and the Congress are expected to announce their candidates within days, it is sure that the incumbent Pramod Madhwaraj, the first time MLA and Cabinet Minister in the Siddaramaiah government, will be the Congress candidate. “He is very rich, and a gentleman too. But this time the election is very tough, and say, chances of winning is equal. We cannot predict anything now”, said Murli Manohar Rao, a hotelier in the town. In the BJP, at least five people of them are seeking tickets. Party sources, however, say that former MLA K Raghupati Bhat, who lost last election to Mr Madhwaraj, may get the chance to contest this time too. “We are very confident of winning in five assembly seats here. There are lots of developments happening here, and Siddaramaiah government has introduced a number of programmes like Anna Bhagya, Ksheera Bhagya and Indira Canteen, which has changed the state’s face. The Chief Minister’s image, of course will help the Congress”, Janardhan Thonse, the Udupi district president of the Congress told agencies. However, party insiders and recent developments give a different picture. Udupi constituency where Mr Madhwaraj won with a big margin of 39,524 votes, may not be able to repeat the same this time, as the party is facing tough opposition from the BJP. “The BJP also has a chance this time. Yesterday the BJP has organised a meeting here in town. People were enthusiastic to hear what they are saying. The city’s traffic was paralysed”, Krishnan, an employee in a private firm said. In fact, in the zilla and taluk panchayat polls in early 2016, the Congress had faced a rout with the BJP making inroads into the assembly constituencies, where the Congress had won. The performances in Udupi, Kaup and Byndoor, which the Congress won in 2013 was disappointing, and the BJP earned good results here. Also in Kundarpur, represented by Halady Srinivas Shetty, an independent, who later joined the BJP, and in Karkala,where the saffron party won. Moreover, in 2014 election, BJP’s Shobha Karandlaje won from Udupi Chikmagalur constituency with a huge margin of 1.84 lakh votes, which gave a moral boost to the BJP. “Mr Hegde (the Union Minister Anant Kumar Hegde, who represents the neighbouring Uttara Kannada Lok Sabha constituency) and Ms Karandlaje trying to spread communal elements here. Though Ms Karandlaje is not visible in the constituency, they are spreading communal elements here to win the election”, added Mr Thonse. While the Congress is projecting its development programmes, the BJP has multiple issues like ‘murder of Hindu leaders’ in neighbouring Dakshina Kannada district,corruption of state government, along with highlighting Narendra Modi government’s developmental agendas. Rahul Gandhi’s recent ‘corner meeting’ in Kaup assembly constituency attracted a huge crowd, while BJP chief Amit Shah has also visited Udupi where he addressed the dominant fishermen community. Recognising its importance, Mr Gandhi has promised to constitute a separate Ministry for fisheries, if the Congress comes to power. Interestingly, for the time in the district, a seer is in the forefront demanding a BJP ticket. He has announced that he will contest as an independent, if the BJP denies him a ticket. Lakshmivara Tirtha Swami of Shiroor Mutt, one of the eight Mutts established by the exponent of Dwaita philosophy, Sri Madhwacharya, has been insisting on contesting.However, efforts on by the BJP to make him withdraw his claim, sources said.