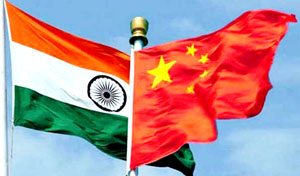 New Delhi, India and China held a bilateral dialogue on diasarmament and non-proliferation in the Chinese capital on Tuesday, ahead of the Nuclear Suppliers Group (NSG) plenary session in June. The Indian delegation was led by Pankaj Sharma, joint scretary (Disarmament and International Security Affairs) in the Ministry of External Affairs while the Chinese side was headed by Wang Qun, director general in the Department of Arms Control at the Ministry of Foreign Affairs of China. "The delegations exchanged views on various topics of mutual interest, including, developments related to disarmament and non-proliferation at multilateral forums, nuclear issues, role of science and technology in the context of international security and disarmament as well as outer space. "Both sides underlined the importance of the bilateral dialogue as an important mechanism between the two countries for consultations on important issues," said a statement by the Indian Embassy in Beijing accessed here. Tuesday's talks was the fifth edition of the India-China Disarmament and Non-Proliferation Dialogue. In recent weeks, the two countries have engaged in high-level consultations to improve relations after the Doklam standoff and China's blocking of Indian entry into the 48-member NSG. Both neighbours will hold the sixth round of the dialogue in New Delhi at a mutually convenient time.