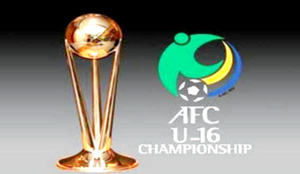 New Delhi, India have been clubbed with strong contenders Islamic Republic of Iran, Vietnam and Indonesia in Group C of the AFC U-16 Championship finals to be held in Malaysia in September 2018, All India Football Federation has said. The official draw for the Championship was held at the AFC headquarters on April 26. India had qualified as second-best team from the AFC U-16 qualifiers in Nepal 2017, where the young guns had held defending champions Iraq to a 0-0 draw in the last match of the group. In the other two matches, India had accounted for Palestine 3-0, while they were held on to a 2-2 draw by hosts Nepal in the other match. This is India's third qualification to the AFC U-16 finals from the last four editions. The tournament will be held in Kuala Lumpur from September 20 to October 7, 2018. However, the official match dates haven’t been announced as yet.The last edition of the AFC U-16 finals was held in Goa in 2016 and Asian Football Confederation’s General Secretary Dato Windsor John lavished praise on the success of tournament. “The AFC U-16 championship has a long and a broad history. The last edition in India was not only a huge success on the field but it is also regarded as the defining moment for Football and youth development in the country,” he said in his address. Reflecting on the draw, Indian Head Coach Bibiano Fernandes said that the team will “take one match at a time.” “We have been drawn against some of the best youth teams in the region. We respect our opponents. But we will take one match at a time. The aim of all the participating teams is to make it to the semi-finals,” he stated. As per the norm, the four semi-finalists will earn a ticket to the FIFA U-17 World Cup Peru 2019. Bibiano felt the exposure tours being provided by AIFF for the team to prepare in the best possible fashion has been adding to the confidence of the boys. “The exposure tours have been a huge help. It is helping the team to gear up for the big challenge. We will aim to play to our strengths,” he maintained. India's matches: September 21: Vietnam vs India. September 24: Islamic Republic of Iran vs India. September 27: India vs Indonesia.