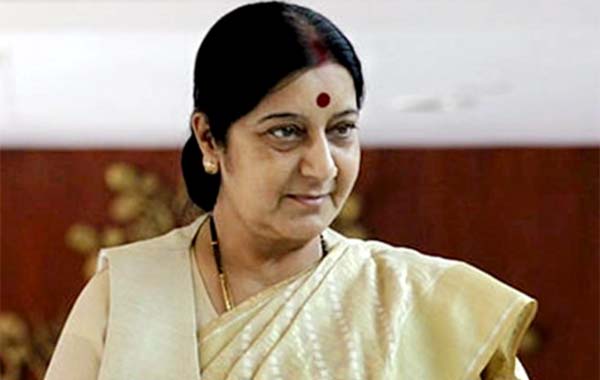 New Delhi, External Affairs Minister Sushma Swaraj on Thursday asserted that it goes to the credit of Indian diplomatic efforts that Pakistan has been isolated in the comity of nations. Making a brief intervention during the debate on Motion of Thanks to President's Address, Ms Swaraj said it is only after India's campaign across the globe that Financial Action Task Force has put Pakistan on its grey list for failing to curb anti-terror financing.'It is not India but Pakistan which is isolated,' she said. She made the observation after Asaduddin Owaisi (AIMIM) slammed Prime Minister Narendra Modi for his failure to appreciate the problems in Jammu and Kashmir. He also said instead of isolation of Pakistan, it is India which is at receiving end at times. Mr Owaisi also criticised the Modi government on Deendayal Upadhyay.