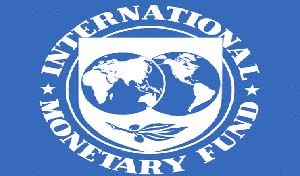 New Delhi, India’s economy is picking up, but to sustain growth and raise incomes for the country’s 1.3 billion people, it will need to build on the success of its reforms, says the International Monetary Fund. The IMF in its annual assessment of the country's economy said growth prospects looked bright —partly thanks to the implementation of recent policies, such as the nationwide goods and services tax and the country opening up more to foreign investors. "We expect economic growth to pick up to about 7.3 percent for fiscal year 2018/19—meaning the year that runs from April of 2018 through March 2019—from 6.7 percent in the year prior," said Ranil Salgado, head of the IMF team for India. But to sustain and build on policies and to harness the demographic dividend associated with a growing working-age population (which constitutes about two-thirds of the total population), India needs to reinvigorate reform efforts to keep the growth and jobs engine running. This is critical in a country where per capita income is about $2,000 US dollars, still well below that of other large emerging economies, he said. Salgado said the goods and services tax created a unified national market for the first time by lowering internal barriers to trade—effectively establishing a free trade agreement for a market of over 1.3 billion people. The tax is also expected to increase the amount of economic activity taking place in the formal sector of the economy—leading to better quality and more reliable jobs. "As a result, the goods and services tax should improve productivity and boost medium-term potential growth, while also creating room for the government to increase much needed social and infrastructure spending." About the health of the banking system, he said the insolvency and bankruptcy code should make it easier for creditors to seek repayment from debtors who are in arrears. The bankruptcy code is already shifting the power balance between debtors and creditors and improving corporate repayment discipline. In addition to the bankruptcy code, the central bank and government have taken steps to improve banks’ recognition of bad assets and to recapitalise public sector banks. "Ultimately, these efforts will help to solidify bank balance sheets and support the flow of credit to the rapidly expanding economy." Another key area of reform is to strengthen governance in public sector banks to complement the reforms in the financial sector already underway. This is needed, for example, to improve incentives to enhance the efficiency of bank operations and foster more disciplined lending practices by banks. "A first step would be to strengthen the quality and independence of these banks’ boards, and privatization could also eventually be considered." And to attract more foreign direct investment, Salgado said reducing trade documentation requirements and procedures; lowering tariffs; continuing to improve the business climate; and improving governance should be taken up. India has a young and growing youth population, and about two-thirds of the total population is of working age (between 15 and 64). To create more jobs and reap the demographic dividend, he said one way to support job creation is by improving labor market regulations. Numerous, outdated, and restrictive laws prevent firms from expanding to operate at an efficient scale, lead to a mis-allocation of resources, and push economic activity into the informal and unregulated parts of the economy. "As a byproduct, these rigidities make it harder for women to join the work force, and make growth less inclusive. For instance, female labour force participation in India is among the lowest in the region and has fallen even further recently."