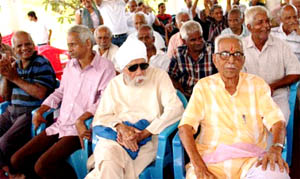 Kathmandu, Prime Minister Narendra Modi and his Nepali counterpart KP Sharma Oli will formally launch next month the Motihari-Amlekhgunj oil pipeline project, starting fuel trade between the two countries.  The exact date for the inauguration of the project is yet to be decided but according to Nepal Oil Corporation (NOC) the two governments are working to ensure that the inauguration takes place in the first week of August, reports the Himalayan Times. The inauguration will be done through video conferencing, where the two prime ministers will press a button in New Delhi and Amlekhgunj, resulting in opening of the valve of the petroleum pipeline. The newspaper also quoted a source in the Nepal foreign ministry as saying that the project could be operationalised by the heads of state of the two nations as President Bidhya Devi Bhandari, during her recent visit to India, had invited her counterpart Ram Nath Kovind for an official visit to the country.