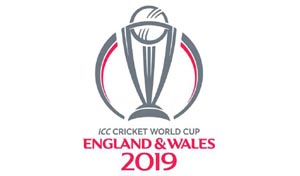 Kolkata, India will open their 2019 World Cup campaign against South Africa on June 5 instead of June 2 as the BCCI will have to maintain a mandatory 15-day gap between IPL final and international assignment as per the Lodha Committee recommendation.The matter was discussed during the ICC Chief Executives Meeting here on Tuesday. “The 2019 IPL will be played between March 29 and May 19. But we need to maintain a 15-day gap and World Cup starts on May 30, a BCCI official on Tuesday said. “South Africa are our first opponents. The CEC agreed and the matter has been referred to the ICC board,” he added.The 2019 World Cup will be held in England and Wales from May 30 to July 14. At the ICC meeting in Kolkata, the 2019 World Cup draw schedule was made and fixtures announced. At the meeting, it was announced that India would play their opening game against South Africa on June 5. The complete schedule is expected to be released by April 30. While the Men in Blue play Proteas in their tournament opener, they will play arch-rivals Pakistan on June 16. The match is reportedly scheduled to take place at Old Trafford. Meanwhile, It was also decided that India won't take part in any Day/Night Test match, which was expected against the West Indies later this year. The reason being, the ICC World Test Championship matches won't be Day-Night tests.