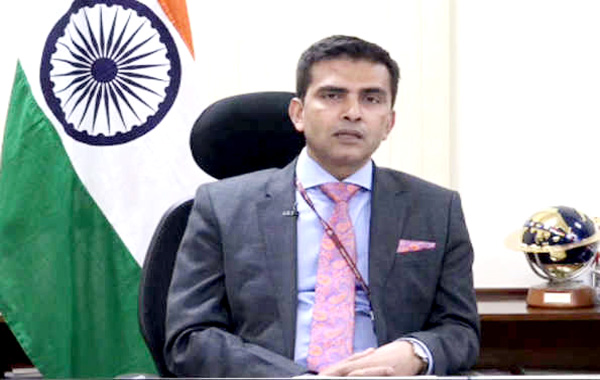 New Delhi, India on Saturday welcomed the decision of the Financial Action Task Force (FATF) to place Pakistan in its Compliance Document (Grey list) for International Co-operation Review Group (ICRG) monitoring. New Delhi also sought to point out that despite making commitments in international fora, Pakistan establishment has given "freedom and impunity with which the designated terrorists like Hafiz Saeed and entities like Jamaat-Ud-Dawaa, Lashkar-e-Toiba, Jaish-e-Mohammed continue to operate in Pakistan" This, MEA spokesman Raveesh Kumar, said is not in keeping with such commitments."We hope that the FATF Action plan shall be complied within a time-bound manner and credible measures would be taken by Pakistan to address global concerns related to terrorism emanating from any territory under its control," Mr Kumar said here in response to a query. The FATF is an inter-governmental body established in 1989 by the Ministers of its Member jurisdictions. The objectives of the FATF are to set standards and promote effective implementation of legal, regulatory and operational measures for combating money laundering, terrorist financing and other related threats. The MEA spokesperson said: "Pakistan has given a high level political commitment to address the global concerns regarding its implementation of the FATF standards for countering terror financing and anti-money laundering, especially in respect of UN designated and internationally proscribed terror entities and individuals". Mr Kumar said: "The freedom and impunity with which the designated terrorists like Hafiz Saed and entities like Jamaat-Ud-Dawaa, Lashkar-e-Toiba, Jaish-e-Mohammed continue to operate in Pakistan is not in keeping with such commitments". It may be mentioned here that the FATF on Friday formally identified Pakistan as a country with "strategic deficiencies" in its anti-money laundering and counter-terrorism financing regime and that the shortcomings be addressed. According to reports in Pakistani media, Islamabad has reportedly committed to a 26-point action plan, which would be implemented over the next 15 months. Besides other actions, the plan includes squelching of finances of Jamaatud Dawa, Falah-i-Insaniat, Lashkar-e-Toiba, Jaish-e-Muhammad, Haqqani network and Afghan Taliban. Failure to negotiate the action plan could have led Pakistan to the blacklist.