India will be watching us, says PM on No Trust debate 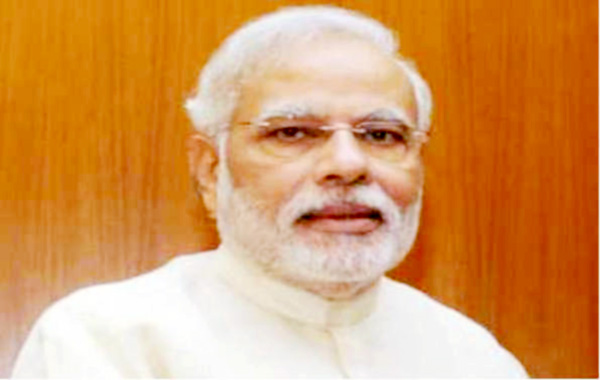 New Delhi, All eyes will be on Lok Sabha on Friday as the House will take up for a day-long debate and voting on the first No-Confidence Motion against the government headed by Prime Minister Narendra Modi. "Today is an important day in our Parliamentary democracy," tweeted Prime Minister early in the morning. "I am sure my fellow MP colleagues will rise to the occasion and ensure a constructive, comprehensive and disruption free debate. We owe this to the people and the makers of our Constitution. India will be watching us closely," Mr Modi wrote in the micro blogging site. This is the first No Trust Motion against the central government in last 15 years. Despite coming under severe attack, the Manmohan Singh government did not face this motion that can be moved in Lok Sabha under Rule 198 when 50 or more MPs can push for the same. The NDA regime headed by the then Prime Minister Atal Bihari Vajpayee faced the No Trust motion last in 2003 which was moved by Sonia Gandhi, then Leader of the Opposition in the Lower House of Parliament. After two-day debate, the House rejected it 312 to 186 votes in favour of the NDA dispensation. It may be mentioned that with the No Trust motion, Late Morarji Desai was the only Prime Minister who preferred to resign before a vote in 1979. Prime Ministers Jawaharlal Nehru, Indira Gandhi, Rajiv Gandhi, PV Narasimha Rao and Atal Bihari Vajpayee besides Desai faced the test. The numbers are overwhelmingly in favour of BJP-led NDA but opposition parties like Congress and the CPI-M also seemed to have reconciled to the reality of numbers and said more than ousting the government of the day, they are happy that under the Motion, important and detailed debate will take place in the House on issues confronting the people. The Congress said it wants to show mirror to the government while CPI-M said dethroning the ruling combine is never its priority as it wants to highlight issues being faced by people and especially the farmers.