India will never allow BJP/RSS to capture our institutions: Rahul 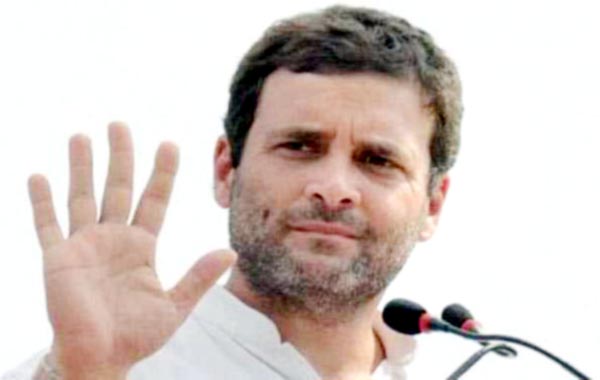 New Delhi, Commenting on reports of differences between the Reserve Bank of India and the Government, Congress president Rahul Gandhi on Monday said India will never allow the BJP and the RSS to capture our institutions. In a tweet, Rahul, referring to reports of RBI deputy Governor Viral Acharya, hinting at government interference in the Central bank and stressing the need for autonomy of the institution, said,’’Nice that Mr Patel is finally defending the RBI from Mr 56. Better late than never. India will never allow the BJP/ RSS to capture our institutions.’’ RBI's deputy governor Viral Acharya — who is widely seen to have been brought in by central bank governor Urjit Patel from his professorial position in New York University — on Friday clearly hinted at government interference and emphasised the need for autonomy.