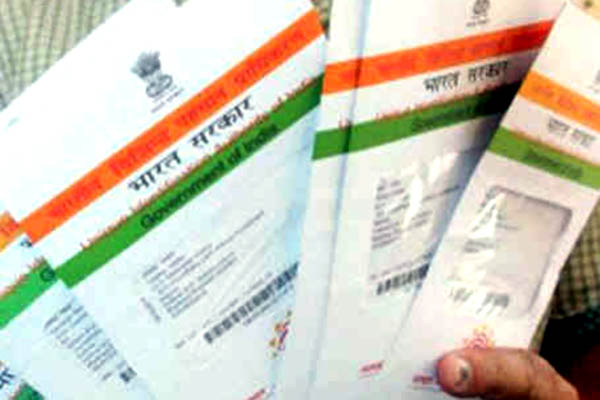 Agencies, New Delhi Pravasi Bandhu Welfare Trust (PBWT) has requested Indian Government to change the eligibility to obtain Aadhaar card to all Indian citizens irrespective of the residential status and permit NRIs also to take Aadhaar card. In a letter to Sushma Swaraj, Minister of External Affairs, KV Shamsudheen, Chairman of UAE- based, Pravasi Bandhu Welfare Trust, said that NRIs were very happy to read the announcement in this regard. But two years have elapsed and nothing happened. “We all are eagerly waiting for the implementation to solve our plight,” said Mr Shamsudheen. According to Mr Shamsudheen, two years back, while inviting the diaspora community to actively participate in India’s growth story, Ms Swaraj had said that the government is considering giving Aadhaar cards to Non-Resident Indians and a decision on it will be taken soon. Mr Shamsudheen said, “Recently the CEO of UIDIA published a circular in which he advised all Indian authorities not demand Aadhaar card from Non Resident Indians, because they are not eligible to take Aadhaar as per the current law.” In spite of that all the authorities are demanding Aadhaar from NRIs to get gas, to get mobile SIM, to renew and to apply for driving license, to digitalize property document, to appear entrance examination, and many more, he said. According to him, during the past two weeks many NRIs were on New Year vacation, they were struggling a lot to get all these services from the service providing departments. ‘So we request you to make NRIs also eligible to take Adhaar, that is the only solution for the present difficulties.’ He said that other countries whIch have biometric identity cards, issue it to all its citizens, but only India is in the world issuing it to only residents. ‘We request you, like all other countries, issue Aadhaar to all Indian citizens irrespective of their residential status.’